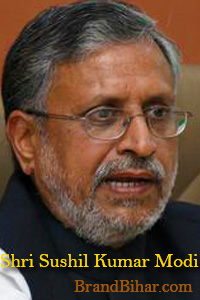 No. of Children : Two Sons. 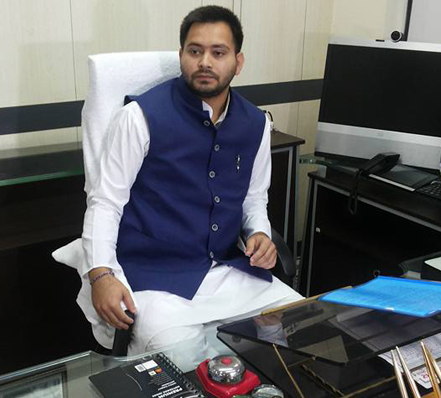 A gentleman, known for his soft spoken nature, Tejashwi Yadav has impressed one and all with his dedication and desire to learn. Instead of targeting critics, he has chosen to reply them with his work. Slowly and steadily all the criticism around him died down after observing his work culture and out of the box solutions. He regularly interacts with its supporters on social media through accounts on Facebook and Twitter. His new initiative to “Dil ki Baat” has been very popular on social media. Through “Dil ki Baat” platform he not only speaks up in his mind but also takes on his opponents. Considered very mature for his age Tejashwi has proved that he is something that people of Bihar would be proud of on having him as their representative and leader.
Prior to his plunge into politics, Yadav was a cricketer, who played as an all rounder in Ranji Trophy match for Jharkhand and was an integral part of under- 19 Cricket team which won the world cup under the captaincy of Virat Kohli. He was also a part of the Delhi Daredevils for its 2008, 2009, 2011 and 2012 Indian Premier League seasons. He captained Under-17 Delhi cricket team in BCCI tournaments.

Mission
Today, India is on the path of a major societal change with the help of inclusive development. In a diverse country like India, it is important that all the marginalized sections of society are taken along in the path. People who are not in the position to realize the benefits of being in a welfare state should be extended helping hand. The youth, women, poor, farmers, downtrodden, neglected and underprivileged sections of society must get equal opportunity to contribute as well as to receive the benefits of national growth. While marching ahead, our nation should not forget principles of our constitution. Responsibilities and duties of a welfare state should be kept in mind at any cost. For that, needs of elderly, disabled, marginalized, poor and women should be kept paramount. Quality education, employment and financial empowerment of youth are a must. Human rights, religious freedom, freedom of speech, access to governance should be high on agenda of implementation of any nation. Availability of these conditions will create a justice based society in our nation. I strive for these to make India a nation of our dreams.
Words from Dy.CM Shri Tejashwi Prasad Yadav
I have been bestowed upon with the heritage to serve the people of my mother country. My family has been at the helm of affairs for the welfare of poor and farmers and they have spent their entire lives in the service of the different sections of society. To serve and help poor, downtrodden, dejected and exploited is our main objective. One cannot forget the determination and dedication of Honorable Sh. Lalu Prasad, whom the people of this nation admire and recognize as a true leader. The Bihar state is our Janm Bhoomi as well as our Karm Bhoomi. Our complete endeavor has been to bring smiles and happiness across the faces of all those whom we serve.
Countries Visited
England, United states of America, South Africa, Australia, Netherland, UAE, Thailand, Indonesia, Singapore, Hong Kong, New Zealand, Pakistan, Sri Lanka, Nepal, Japan, France, Italy, Germany, Brazil, Canada, Russia, Mexico, Malaysia