Amreli district name derives its name from the town of Amreli, which is the headquarters of the district. It is believed that during the year 534 AD, Amreli existed as a city place with name Anumanji. After that the name was Amlik and then Amravati. The ancient Sanskrit name of Amreli was Amarvalli.

Places of interest in Amreli, Gujarat 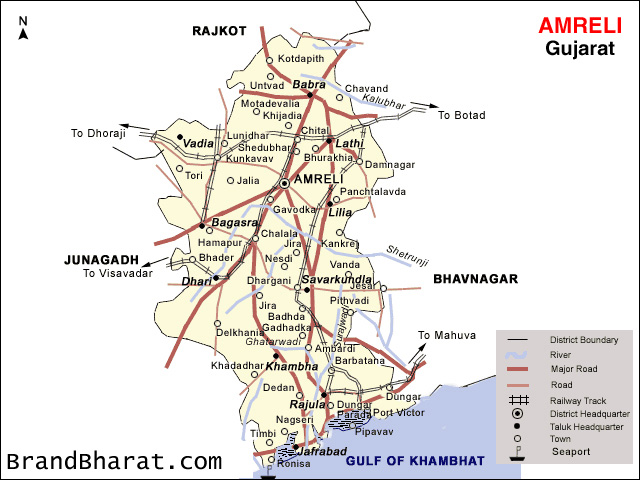