The district is located on the Kathiawar peninsula in western Gujarat. It is surrounded by Rajkot District (North), Porbandar District (North-West), Amreli District (East). To the South and West is the Arabian Sea.

Places of interest in Junagadh, Gujarat

Porbandar, Mahatma Gandhi's birthplace, was earlier a part of this district, before the Porbandar district was carved out of Junagadh district.Junagadh has a mountain range called Girnar which is a place of pilgrimage for Hinduism and Jainism. Junagadh contains the Gir Forest National Park, which is the only home to Asiatic lions. Mount Girnar is also declared a forest reserve for Bamboos. "Girnari Giddh", the long-billed vultures, are found only on Girnar, as the Girnar region alone accounts for about 25 per cent of the species and about 10 per cent of the total vulture population in the Gujarat State. 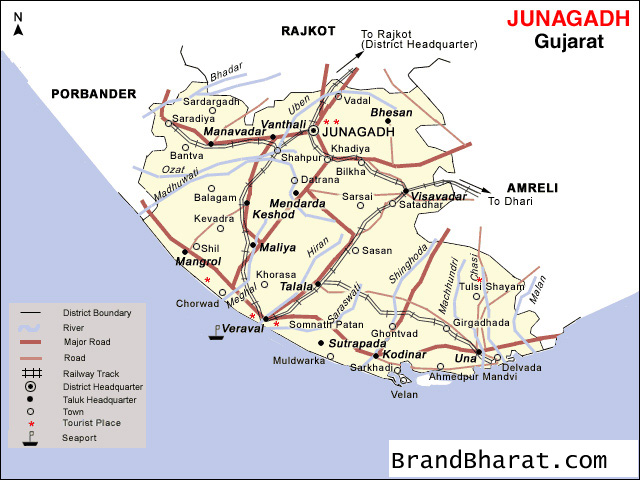