Dakor houses a temple of Lord Ranchodrai, a form of Krishna. The temple town of Vadtal, Bochasan & Nadiad comes within this district. Famous pilgrimage destinations in the district are Dakor temple, Santram temple, and Mahadev temple • Virpur • Kapadvanj.

Places of interest in Kheda, Gujarat 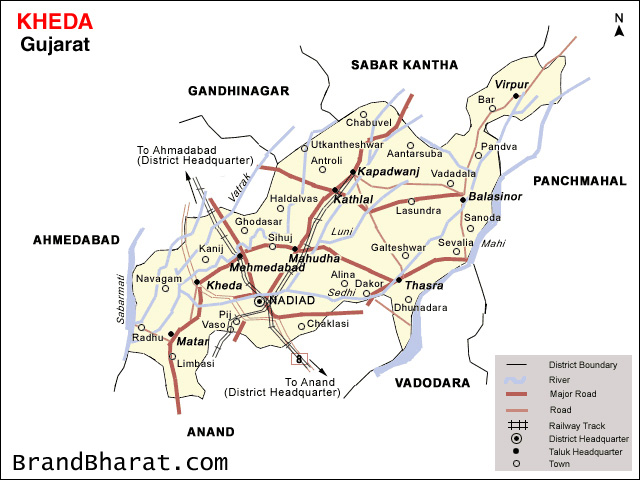