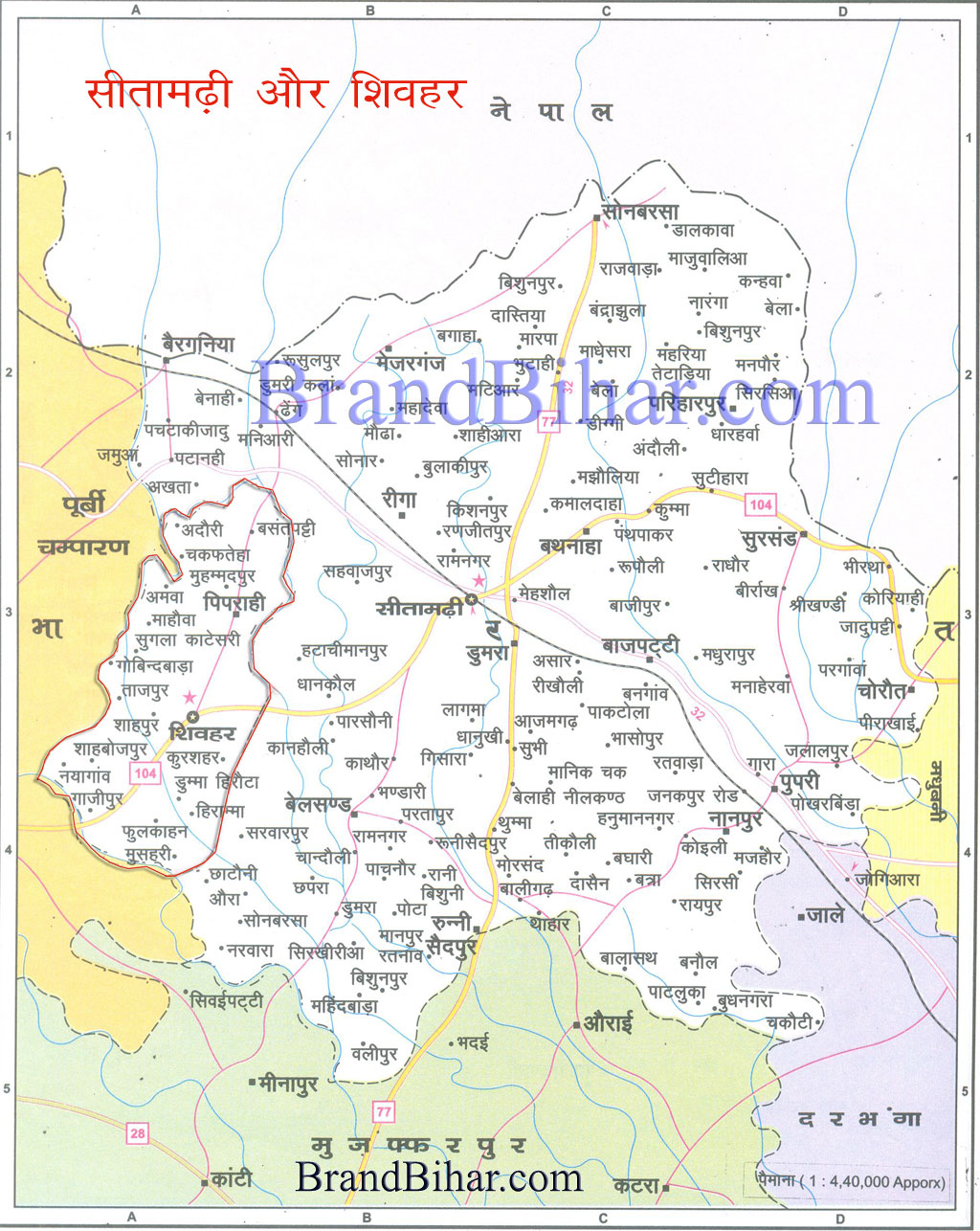 Topographically the district forma the part of Bihar plains.It is almost completely levelled.  The only diversities are the fluvial actions of the rivers. The district can be divided into four natural divisions.

a)      Land lying between Bagmati and Lakhandei

The area is generally low lying and prone to floods. Paddy and wheat are the main crops in the area covering Runnisaidpur, Belsand, part of Bairgania and Dumra blocks.

The area is very low and always affected by flood in river Bagmati. Parts of Bathnaha, Riga, Majorganj and Dumra blocks form part of this region.

This area is famous for mango orchards and bamboo grooves. The fertility of this area is high.This region covers  Sursand, Pupri and Parihar blocks.

Rainfall normally ranges between 1100mm to 1300mm. The maximum temperature ranges between 32 ºC and 41 °C. Humidity becomes high in the rainy season due to its proximity to Himalayas. The district also gets the winter rain which improves the prospect of the Rabi cultivation.

1.   The world famous Madhubani painting is a popular art in the blocks adjacent to the district of Madhubani.

2.  Jat-Jatni is a famous folk dance and song of the district. It is like Jhoomaar.

3.  Jhinjhari is another folk dance of the district in which ladies dance with pots on their heads.

4.  The bangles made of lacs are skillfully designed and made here. The lac bangles of Sitamarhi are very famous and are exported to different parts of the state.

Places of interest in Sitamarhi

About 1.5 Kms. Off he railway station and the bus stand, this is the birth place of Sita. Janaki-Kund is adjacent south of the temple.

This is about 5 Kms. west of  Sitamarhi. This place claims the honour of being the birth place of  Sita.

It is 19 Kms. west of Sitamarhi town. An ancient Shiva Temple is situated here. A big fair takes place every year on the eve Shivaratri. Legends have it that Draupadi, the wife of five Pandavas was born here. Now it lies in the Sheohar district, carved out of Sitamarhi in 1994.

This is 3 Kms. noth-west of Sitamarhi. As the myth goes, the king Videha had founded a temple of Lord shiva on the occasion of Putra Yeshti Yajna. His temple was named as th Haleshwarnath temple.

It is 8 Kms. north-east of Sitamarhi. It is said that after her marriage, sita was carried in a palanquin to Ayodhya by this route. An old Banyan tree is still standing here under which she is said to have rested for a while.

This is the sacred place where Maharishi Bodhaya had written number of epics. The great sanskrit Grammarian Panini was one of his disciples. The renowned saint Deoraha Baba has laid the foundation of a Bodhayan temple here some 37 years ago.

Some 7 Kms. north-west of Sitamarhi, in Baghi village, there is a big Hindu monastery  which contain 108 rooms. This is a famous place for worship and performing Yajna.

There is a famous Baba Nageshwarnath (Lord Shiva) temple here. It is said that Lord  Shiva has himself had appeared as Nageshwar nath Mahadeo.

It is situated some 26 Kms. from Sitamarhi town. This is a very sacred place for Muslims, after Biharsharif and Phulwarisharif in Bihar.

It is situated 26 Kms. north-west of Sitamarhi. This was the worship place of Sukhadev Muni, the great saint. A big and ancient temple, dedicated to Shukeshwarnath (Lord Shiva) still exists here.

It is 20 Kms. west of Sitamarhi. This is a sacred place where Maithil Brahmins gather every year and hold matrimonial negotiations on a large scale, which finally leads to the marriages. This is a symbol of the ancient culture of Mithila. 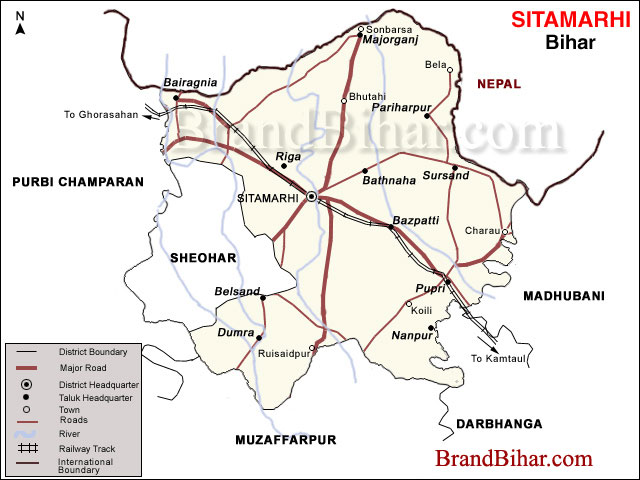