Supaul District was created from Saharsa district in the year 1991. Earlier Supaul was a subdivision.

Supaul district is a part of the Kosi division. Supaul town is the administrative headquarters of the district.

The district is bounded by Nepal in the north, Saharsa in the south, by Araria district in the East and on the west by Madhubani district. 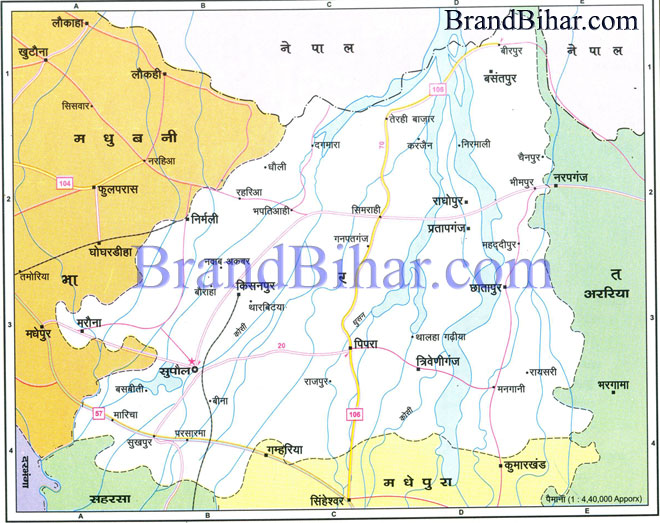 River Kosi flows through Supaul. After the construction of Kosi Dam the flood situation has improved in Supaul. In the year 2008 the river Kosi changed its course and took the route it used to take 200 years ago. As a result major parts of Supaul districts were flooded. These were the worst floods since 1954.

Places of interest in Supaul